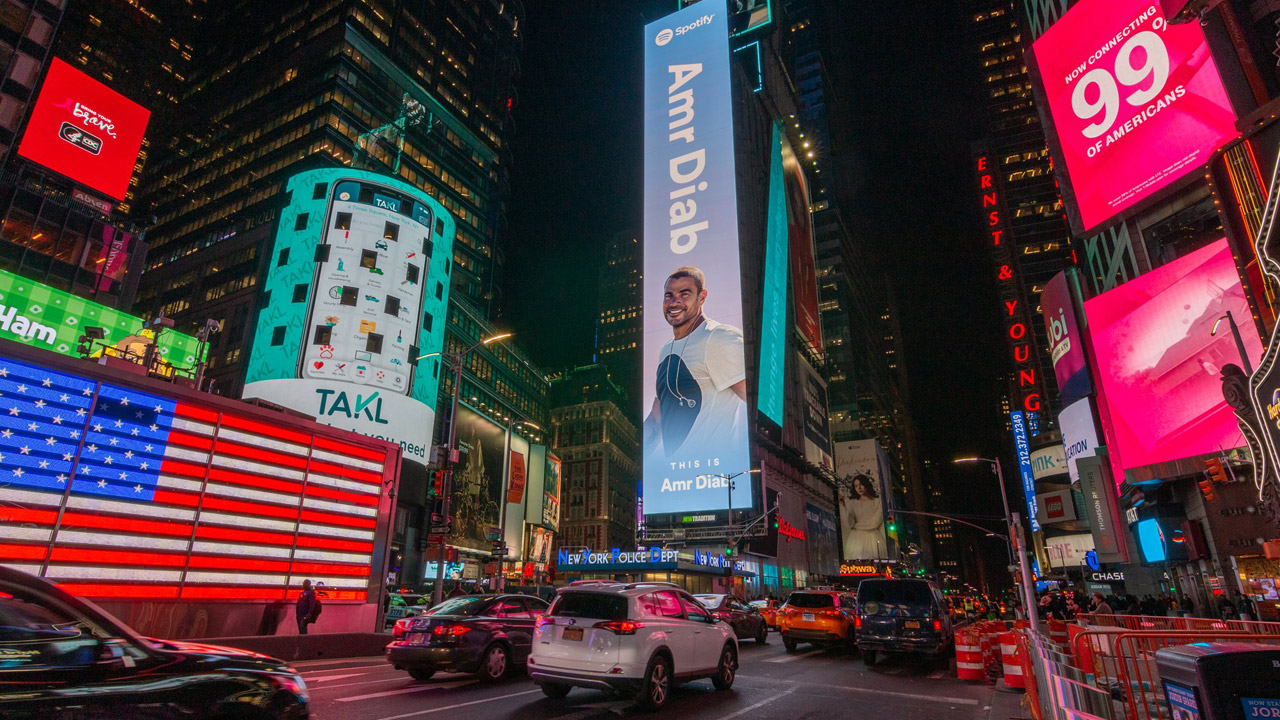 Amr Diab has been spotted on the main billboard of Times Square in New York City. #ThisIsAmrDiab is the main hashtag of Spotify campaign for Amr Diab.

The iconic superstar becomes the first artist to sing in Arabic to land this prominent featuring.

Spotify continues to show its commitment to the Middle East and North Africa region, this time by proudly projecting an image of Egyptian singer and MENA superstar Amr Diab on a Spotify billboard last night, stealing the spotlight in New York City’s Times Square, one of the most iconic neighborhoods and sights in the Big Apple.

Times Square is a major commercial intersection, tourist destination, entertainment center and neighborhood in the Midtown Manhattan section of New York City at the junction of Broadway and Seventh Avenue. Brightly adorned with billboards and advertisements, Times Square is sometimes referred to as “The Crossroads of the World”